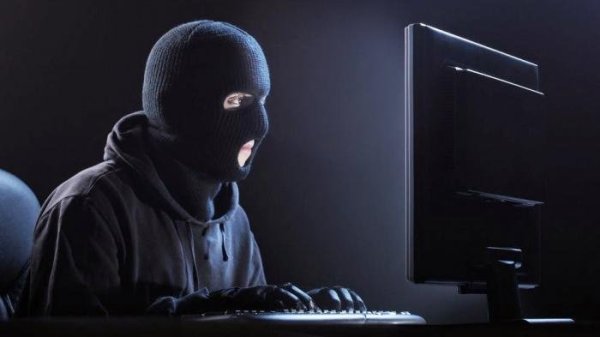 Important : Protecting a Website from Hackers - The advancement of internet technology also has an impact and potential risk. Especially for websites and other internet services that have great potential to be attacked by hackers. This is a serious threat to the government in maintaining data security in cyberspace.

However, you do not need to worry because everything can be overcome if you immediately find out the attack and deal with it quickly. What is the form of this hacker attack and how do you deal with it? Check out the review below.

Get to know hacker attacks and the types of attacks

The attacks carried out by hackers have various ways. Their target is usually a website with a trusted reputation and the potential to generate big profits. For example, such as websites owned by government institutions, banks, and financial institutions and large companies. This hacker motive is nothing but to seek profit with cyber crime . Some of the acts of crime in cyberspace that hackers often do include:

This type of Malware attack often occurs on certain websites through malicious software. In software or software there are usually dangerous viruses such as ransomware . This attack appears when you click on a link that is considered dangerous or open an attachment that can make a dangerous application installed.

If this Malware attack is successful, then all important data from the device or website will be easily hacked. The bad impact, not only data can be hacked, but hackers can use your data to do other crimes.

This attack is the transfer of sites from the official site to fake sites in order to get visitor data. Usually victims of this attack feel unconscious and do not know if the site visited is being hijacked. The URL on your search engine displays a legitimate website , but what actually happened is not.

Pharming is mostly done on websites of financial institutions and banks that are identical to those of users or website visitors . The victim will find out that he is a victim of cyber crime when the money in the account is drastically reduced because the banking data has been hacked by hackers when opening the website.

Next you need to watch out against cyber crime the hackers on the website you are Denial of Service (DoS). United States Computer Emergency Readiness Team defines this attack as an attack that interferes with certain servers, and these attackers will flood hosting sites that aim to increase traffic , so that official users cannot access it.

This DoS attack is able to knock out a website and incur losses that are not small. Moreover, if the site or website attacked is a website belonging to a government institution or banking service.

Man in the Middle

As the name suggests, this type of cyber crime is an attack where the culprit (hacker) is between the two user communication lines. This hacker will know all the information that the two users have. Then the hacker will intercept and divert the flowing information, then modify it.

Not infrequently they also insert Malware and other harmful viruses. If you become a victim, it could be that the lines of communication you do with other users will be disrupted and not even accessible at all. While your data is slowly being hacked by hackers.

Actually Cross-Site Scripting at a glance is indeed not much different from Man in the Middle by hackers. Hackers will attack a site or website by injecting certain codes. After entering the codes in the website , later the user data will be directed to hackers , starting from usernames, passwords , and other data.

Not only the victims who feel disadvantaged, but this attack will also make the reputation of the website worse so that it will slowly be abandoned by the user. A website with a poor security system will usually be a target for hackers to commit this crime.

How to protect hacker attacks

Threats to the cyber world are sometimes difficult to control. Even now hackers are also doing new ways to hijack a website so that it is not known by its users. Even so, you don't need to worry. At least there are simple ways you can do to protect websites from hacker attacks . Here are some of them you can do.

Perform backups as often as possible

Regularly backing up data is the first way you can do it. Paid sites usually also provide plugin services to protect against hacker attacks. The update depends on the needs used. Likewise with the time to make a backup . In addition, you also need to regularly update existing software .

The second way to protect a website can be by using a firewall . Firewall applications generally provide devices to block attacks by hackers and are able to filter out spammers and bots that are harmful to the website. The firewall will read every bit of data that passes through it. In addition, the firewall is also able to block certain sites that have the potential to attack other websites . In this way, the IP address will automatically be blocked so that we can no longer open dangerous websites that can be harmfulyour website .

Next, you can also use Secure Socket Layer (SSL), this feature is widely used for large and reputable company websites . You can use it with an encrypted protocol to transfer information between the website and the database . This certainly will make it difficult for hackers to enter websites that are protected by SSL. The advantage of using SSL is that in addition to making the website more secure, it can also increase the trust of users and consumers of your website .

The third step you can do is to update software and applications as often as possible . This method is indeed easy to do and very important for a company's website or brand . However, many companies or individuals have websites but don't do this. You should not procrastinate to make this update considering hackers can scan thousands of data and websites in one hour.

When the secret of breaking into website security is uncovered, it is not impossible that other hackers will follow it so the potential of the website getting attacked is also getting bigger.

Along with the rapid development of internet and digital technology, cloud computing is now emerging . Cloud computing is believed to be safer for a website and has good performance in doing business online. There are also emerging cloud hosting service providers that guarantee the security of your website from hacker attacks . Even so, you also need to be smart in choosing the best cloud hosting service provider .

Some of the things you need to pay attention to are the services provided, the costs, and the guarantee of data security.